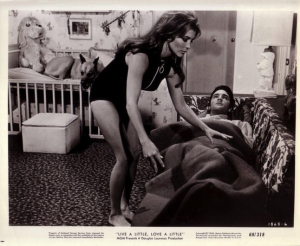 Elvis’s preference for sexual games over intercourse wasn’t just a facet of his relationship with Priscilla; it seems to have been a constant in his life. Linda Thompson, whom Elvis dated from 1972 until 1976, said he was in no hurry to take her virginity, and went so far as to say he was willing to “preserve” her chastity as long as necessary (she did eventually lose her virginity to him).

Elvis once said he would “never break a virgin,” but he was fond of engaging in all kinds of behavior short of penetration. His entourage was specifically instructed to seek out women with “itty bitty” feet for him.

Albert Goldman, who wrote a book on Presley (and one on John Lennon), suggested Elvis “discovered prostitutes and picked up the intense fear of sexually transmitted diseases which led to claims that he had a morbid fear of sexual penetration.”