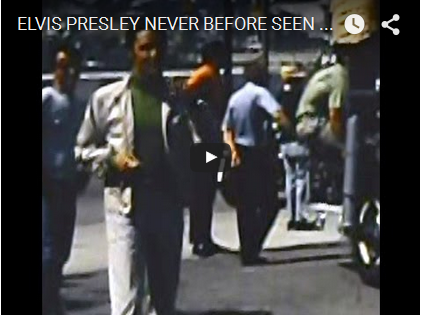 Here is a rare behind the scenes look of Elvis Presley between takes while filming the movie Live a Little, Love a Little from 1968. This has never before been released to the public or seen until today, which would have been Elvis 80th birthday. Filmed by Arnie G., in downtown Los Angeles circa 1968 in 16mm.. Also included are Hollywood in the mid 60’s and Arnie’s trip with his parents to Disneyland and Pacific Ocean Park in 1959 shot in 8mm

Elvis Aaron Presley[a] (January 8, 1935 – August 16, 1977) was an American singer and actor. Regarded as one of the most significant cultural icons of the 20th century, he is often referred to as “the King of Rock and Roll”, or simply, “the King”.

Presley was born in Tupelo, Mississippi as a twinless twin, and when he was 13 years old, he and his family relocated to Memphis, Tennessee. His music career began there in 1954, when he recorded a song with producer Sam Phillips at Sun Records. Accompanied by guitarist Scotty Moore and bassist Bill Black, Presley was an early popularizer of rockabilly, an uptempo, backbeat-driven fusion of country music and rhythm and blues. RCA Victor acquired his contract in a deal arranged by Colonel Tom Parker, who managed the singer for more than two decades.(wikipedia)