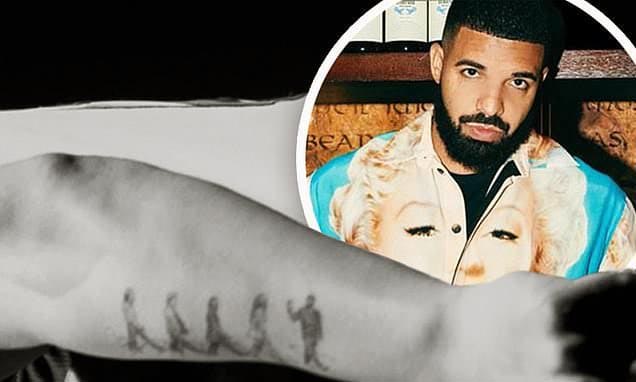 One of the most popular musicians on the planet in the current generation, Drake showed his respect for The Beatles by getting a new tattoo of the band’s iconic photo, “The Abbey Road.”

According to recent reports, Drake added The Beatles tattoo due to the 50th anniversary celebration of that iconic photo.

As you know, The Beatles‘ legendary photo The Abbey Road was taken on August 8, 1969. That means that, two days ago, it was the 50th anniversary of that photo.

Check out Drake’s tattoo photo below.

Drake has a tattoo of himself in front of the Beatles on his arm. “I got more slaps than the Beatles…” pic.twitter.com/krzzFSF2Mj

Two days ago, Paul McCartney celebrated the 50th anniversary of his one of the most famous iconic photos that were taken for the cover of the album “The Abbey Road.”

He posted a photo behind the scenes never before seen of the photo sessions of that photo, and wrote: