DAVID ELLEFSON of MEGADETH looks back at the nearby riots that inspired 'Holy Wars ... The punishment due' - Classic Rock News
Skip to content 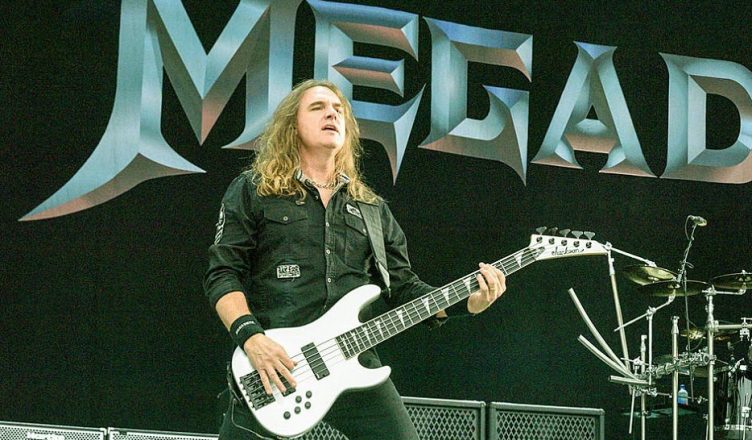 MEGADETH bassist David Ellefson recently spoke with Tigman of Poughkeepsie, the New York Z93 radio station about the story that led to the creation of “Holy Wars … The Punishment Due,” the opening song of the 1990 album of the band “Rust In Peace”. When asked if the 1988 incident in question was the scariest thing he had encountered along the way, Ellefson replied: “Well, I was really drunk when it happened, so I was probably a bit insensitive to what was happening.”

“You know, it’s interesting — Kristian Nairn, who plays Hodor on [the HBO fantasy series] ‘Game Of Thrones’, spoke very openly about that incident in my new book, ‘More Life With Deth’,” he continued. “I had a lot of people tell their MEGADETH stories throughout their life in my book, and he, of all people, was at that show as a young MEGADETH fan, and he talks very openly and clearly as he saw it in the audience. But I do remember… it was very polarizing. I mean, basically, think U2 with ‘Sunday Bloody Sunday’ — they wrote that song about the warring factions of the Protestants and the Catholics, the Irish and the English, Northern Ireland and Southern Ireland.

“We were based in Southern Ireland, which is Dublin — a more Catholic faction and very friendly and peaceful. But, man, when we went up north, there was a hard border line… I remember the guns, and coming out of the immigration, they check your passport, and you really felt like you were going into a warzone. [MEGADETH frontman] Dave [Mustaine], he’s not one to mince words onstage. And we were very unclear of what was happening — the whole thing with the IRA [Irish Republican Army]. And it was just a moment that, quite honestly, we were not very well educated on, and a comment was made, and suddenly all hell broke loose. They quickly escorted us off stage in a bullet-proof bus, and they said, ‘You guys need to get out of here.’ And we rolled out. And, yeah, the place got trashed, and it was just one of those things. I’ll tell you one thing — it teaches you, when you travel, you can be an observer, but you really need to kind of watch your Ps and Qs and show up, play your songs, ‘Thank you very much,’ and then be on your way.”

Mustaine told the British magazine Guitarist that he was inspired to write “Holy Wars” when he discovered that his band’s pirate shirts were for sale in Northern Ireland and was deterred from taking steps to take them off for being part of them. . fundraising activities for “La Causa”. But little did he know that “The Cause” was a euphemism for the IRA, which at that time carried out terrorist attacks both in Northern Ireland and in mainland Britain while seeking unification with Ireland.

“I saw people selling T-shirts in front of a venue and asked what it was about, and he said The Cause. And when the guy told me what it meant, he just said, ‘Oh, it’s just prejudiced religion. One religion thinks it’s better than another religion. The Protestants think they’re better than the Catholics.’ And I went, ‘Well, shit, I don’t know if I’m either one of them, but I’m certainly not any one of those two because I don’t judge other religions.’ So at the concert, I introduced a song by saying, ‘This one’s for The Cause’ from the stage and [whistles] wrong thing to say. I learned my lesson quick so I don’t talk about religion anymore. [Laughs]”