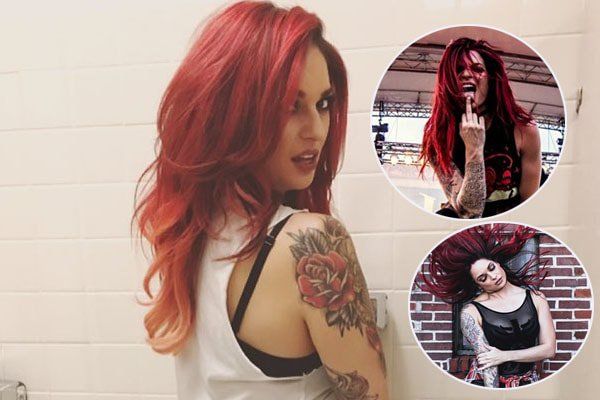 The annual Sonic Temple Festival will host one of the most legendary bands of all time: Slipknot and Metallica.

Today, the wife of Slipknot’s leader, Corey Taylor, Alice Dove Taylor, has announced that she will be on stage with her dance group, “Cherry Bombs” at the Sonic Temple Festival, as well as with Slipknot and Corey Taylor.

“I am so excited to be hitting the stage with @cherrybombsofficial at @sonictemplefestival!!! Who will I see there? 🔥🖤🍒.”

“Aren’t you guys cherry bombs like plural not “cherry bomb” I remember being a DJ and having my entire name shortened to DJ Steve.

I was like damn  one day I won’t be on the small print lol.”

“@willowsworldtour you are correct. We’ll take what we can. 🤷🏻‍♀️”

I am so excited to be hitting the stage with @cherrybombsofficial at @sonictemplefestival!!! Who will I see there? 🔥🖤🍒