Corey Taylor of Slipknot: 'There Are Too Many F**king Guns In America' - Classic Rock Music News
Skip to content 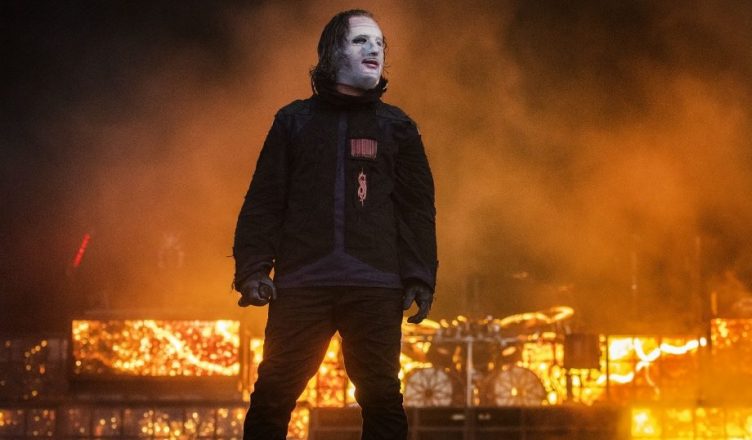 The leader of SLIPKNOT, Corey Taylor, has rejected the comments of politicians linking the most recent series of mass shootings with popular culture.

In statements televised from the White House on Monday, President Donald Trump called for a halt to the “horrifying and creepy video games” that contribute to a “culture of violence” in response to the horrific shootings in El Paso, Texas, and Dayton, Ohio. . This echoed historical patterns of moral panic, such as the concerns of the 50s comics and the efforts of Tipper Gore to blame pop and rock music in the 80s for violence, sex and Satanism.

“Music is an easy target because [people in authority] don’t understand it,” Taylor told the Independent. “There’s a complete lack of effort to try to understand it, and a lack of willingness to take any portion of the blame for these events”.

“If you’re looking for a certain kind of rhetoric, whether it’s hating black people or gay people or whatever, there are thousands of sites with people posting about it,” he continued. “We’re seeing the repercussions of a failure to address that. They still wanna blame the fucking music, and it’s been happening since the ’60s to ’85 with Tipper Gore… Just get the fuck out of my face with that shit!”

Taylor believes that the most important factor in most shooting is the easy availability of weapons.

“There are too many fucking guns in America,” he said. “I could walk outside right now and find a gun within minutes. There’s a very toxic gun culture here, it’s a cult, and it worries me.”

Consecutive mass shootings in the United States left at least 29 dead and 53 wounded in Texas and Ohio on August 3 and 4.

In El Paso, an armed man opened fire when customers gathered in a Walmart during the shopping season back to school, leaving 20 people dead and another 26 injured. Just a few hours after the El Paso attack, a mass shooting in Dayton, Ohio, left at least nine people dead and 26 wounded.

The man accused of carrying out the shooting in El Paso explained to the authorities that he had been attacking Mexicans.

The Dayton shooter apparently did not have a clear racial or political mood, according to CNN. But he did have access to an AR-15 style rifle and 100-bullet drum magazines.

In the wake of Dayton’s shooting, Taylor criticized a journalist who tried to blame THE ACACIA STRAIN, the metalcore band whose hoodie was wearing the shooter. “No. You can’t do that. It’s not a crap shirt. AND THE ACACIA STRAIN is not a hateful or vindictive band. Blame the KILLER; not the damn CUPBOARD. You Ghoul,” Taylor tweeted. .