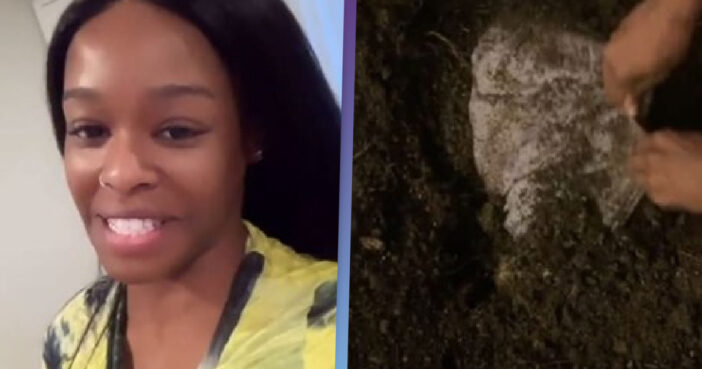 Fans of Azealia Banks were woken up to an unpleasant surprise Tuesday when they saw her show up to dig up her dead cat and boil it.

The rapper posted – and deleted – a gruesome set of videos in which she and another invisible person appeared to exhume the remains of her pet Lucifer, who died last year.

In one of the clips, which are absolutely too bleak to post here, she is on her knees, clawing at the ground with her bare hands, while she hums a tune, before pulling out a sack that apparently contains the remains of the cat.

“A lot of you guys don’t know, Lucifer the cat died three months ago, and we had to put him in the ground, and we’re digging him up for the very first time,” she explains to the unfortunate audience. “She’s coming back to life c****”

And it only got more horrifying from there: The 29-year-old later posted a video of her appearing to boil the animal’s carcass in a large pot, a skull seen floating while stirring the thick black mixture with a stick.

“Lucifer 2009-2020. My dear kitty. Thank you for everything. A legend. An icon. Forever a service of service,” he captioned the video.

The 212 hitmakers then posted a photo of a skeleton with the caption, “She’s ready,” before deleting that as well.

No stranger to controversy, Banks has previously hinted at the practice of witchcraft.

In December 2016, she posted another series of videos on Instagram as she cleaned her closet of what she claimed was dried blood and feathers from slaughtered chickens, where she had practiced “three years of witchcraft.”

Sia was one of the people who criticized her at the time and she tweeted, “Slaughtering animals for your benefit is the craziest shit I’ve ever heard. Keep on being awesome, kind, and working hard.”

Banks clapped his hands with “your ugly, pasty, dry, white, winter-skinned face, it’s the ugliest face I’ve ever seen in my life, must be why you hide it all the time. Have a fucking respect for my shit * *** traditional African religion, pompous white bitch “in a post since deleted.