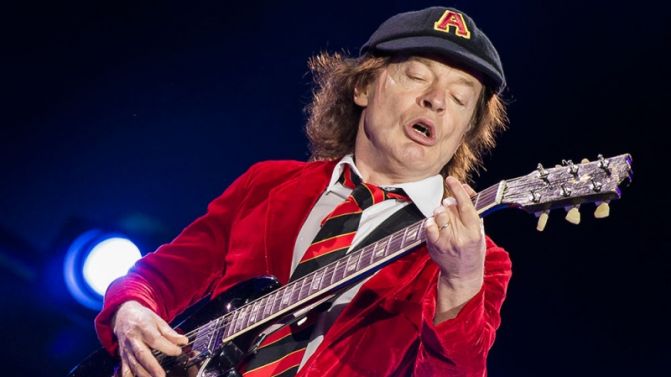 Angus Young has named his least favorite AC / DC song. When asked by Vulture magazine to name the song from the band’s 193-track catalog he regrets the most, the guitarist opted for the band’s only ballad.

“On our first album, High Voltage, we did a love song called Love Song,” says Young. “That was very different for us. I didn’t know if we were trying to parody love songs from the time, because Bon [Scott] wrote the lyrics. I don’t even remember what the words are.

“I remember that song because the guy who worked for us at our record label told us that was what was on the local radio at the time: very soft music. He thought we should release that song because it will probably spread. I remember thinking, ‘Who in their right mind would want this to come out?’ “

However, it all ended well. “However, we were very fortunate because all the radio stations that had seen us live knew that we were not who we were,” Young adds. “So these stations started flipping the record over and playing the other song, which was a cover of a blues standard called Baby, Please Don’t Go. We actually got a hit from the B side! That was the only factor that saved us from the song. ”

When Classic Rock ranked all of Bon Scott‘s AC / DC output, we placed Love Song at number 56 out of 57 possible songs, second only to the band’s novel instrumental Fling Thing, a laughable version of the Scottish standard The Bonnie Banks o ‘ Loch. Lomond. Fling Thing probably sounded incredible at the Glasgow Apollo in 1978, but it almost certainly qualifies as torture under any other circumstance.