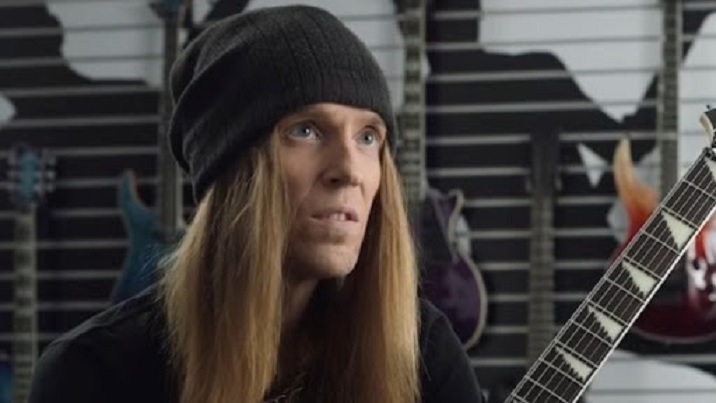 The blood in the veins of most musicians would curdle if they suddenly found out that the perpetual globetrotting team they have recorded ten albums with is about to explode. This was fate looking Laiho directly in the face at a band reunion earlier last year.

As the assembly was completed, the attendees had made a unanimous decision: the group known as Children Of Bodom would cease to exist after a concert at the Helsinki Ice Hall in December 2019. The closing process was as planned and the members separated as friends. End of a story that had started in 1993.

The situation was a new type of challenge. What went through the mind of the guitarist, composer and conductor who was continually chosen as the best metal guitarist in the world by surveys of readers and experts from various music magazines and websites? Laiho brushed the dust off his shoulders and revved the engines. A new formation or death! Luckily, he was not alone.

Freyberg crawled through the wreckage to join Laiho in his search. Committing to a hard-working team was not a problem for him either. But two guitarists don’t make a group. It was time to start thinking about who could handle the drums, bass, and keyboards. There were many options to choose from. But since Laiho had already witnessed that people dated less elegantly, he wanted to get the right cohorts.

High-level musicality, a cool stage presence and a proper personality were the factors put under the microscope. Finally, the pieces were found to complete the puzzle. And the name of the new lineup? It had been right under Alexi’s nose the entire time.

Laiho will direct Bodom After Midnight to play selected festival appearances, and then the band will begin working on new material.

At the moment, he also has something else to be very excited about. Laiho’s autobiography, released a year ago, has shipped more than 11,000 copies to Finland. “Chaos, Control & Guitar” will be released in English in May by Johnny Kniga, a print by Werner Söderström Ltd.