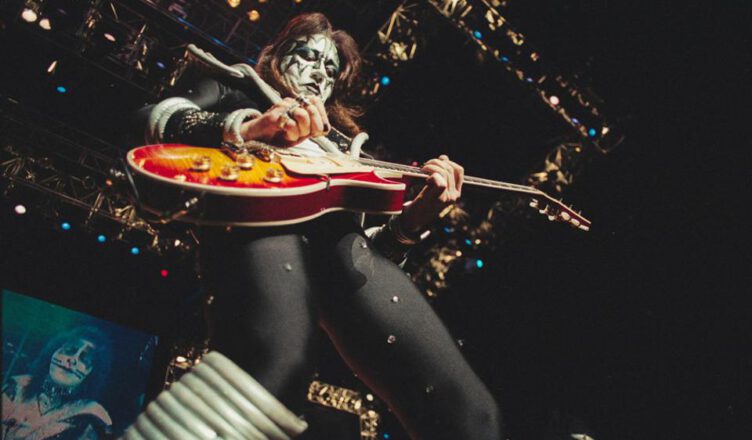 Last Thursday (December 10), KISS original guitarist Ace Frehley spoke to Talking Metal Live about the status of his upcoming all-original album. The album will be the follow-up to “Spaceman”, which was released in October 2018 via eOne.

According to Ace, he has spent the last few months building an entire recording studio in his new home in New Jersey. “This is not the first study I have built,” he said (see video below). “If you remember, back in the 70s when I was living in Connecticut, I spent $ 800,000 building an underground studio next to my house. But studios are nothing new to me, and I design them wherever I go; wherever I go. Long live, I always have a place to work. But the new place I’m in now has a 3,000-square-foot basement, so I have a lot of space. So I made a big control room and I was finishing up today. And after New Years’, I’ll start recording my new album, right in the basement. The beauty of this is due to this virus, everyone is supposed to stay home, “he continued. “Well, now I have no problem staying home because I work from home anyway.”

When asked if he’s already writing music for his next solo album or if he plans to start the process once the study is complete, Ace said, “I’ve been writing the entire time. Also, I have tracks that I’ve already recorded that I have to revisit and decide if they have a chance to do it on my new studio album, [if] they have to be rewritten or [are] just good the way they are. And I have people submitting My song ideas constantly … So Little by little, it is a continuous process and evolves as it progresses. ”

Earlier this year, Frehley told Canada’s iHeart Radio that he has “only written about three songs” for his next LP, adding that “they were not finished.” He said, “Now that I’m [living] on the East Coast [after moving to New Jersey from Southern California], my engineer only lives an hour from me, Alex Salzman, who worked with me extensively on this latest record, and he also played bass a lot, so it will be even easier, ‘Origins Vol. 3’ and the next [original] album. ”

Frehley’s latest release was “Origins Vol. 2,” the sequel to his 2016 cover collection that inspired the former KISS guitarist.

“These albums are getting fun,” he told iHeart Radio. “I just re-signed with eOne and they want an ‘Origins Vol. 3’ after the next studio album. But it has become a really fun process. It’s so much easier than making a studio album that you have to write on. the material yourself. Basically I’m taking material from other people that influenced me as a kid and putting my stamp on it. “