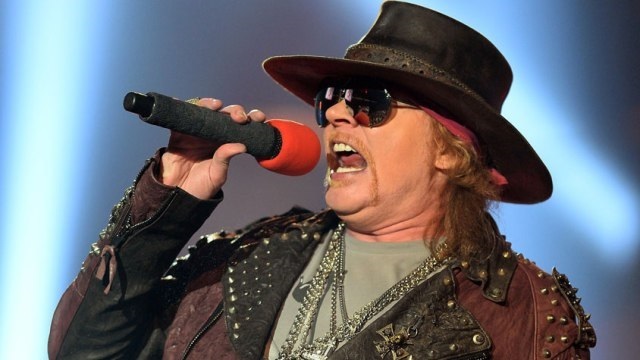 Tracii Guns, former guitarist of Guns N ‘Roses and leader of the Guns of L.A., was recently interviewed by the god of metal, Eddie Trunk, during a recent edition of Trunk’s SiriusXM show. Here Guns reveals how his former manager fired Axl Rose from Hollywood Rose, a group that was the forerunner of what would eventually become Guns N ‘Roses, and featured members such as Axl Rose, Izzy Stradlin, Tracii Guns and Chris Weber.

Guns: So, Axl [Rose] got into an argument with our manager and our manager fired Axl but we all lived together so it was all really weird. So, that same night he got fired we started Guns N’ Roses and I called Izzy [Stradlin] the next day and said:

“Hey, we are gonna start this new band called Guns N’ Roses, do you want in?”

Guns: And he agreed. It was as simple as that, no paint or cocaine involved.

Trunk: And the name was just putting your name and Axl’s last name together? That was the idea?

Guns: That was it, yeah. The original idea was before we decided to just start a new band Axl made note that we could still write songs and record because we had an independent EP that was about to come out so we knew how to record and we knew how to put something out on our own. So, five minutes before the new band was Guns N’ Roses our record label was Guns N’ Roses so it was a very quick evolution of ideas that happened. As soon as Izzy committed to it the next day we were really excited about it and the rest, as they say, is history.