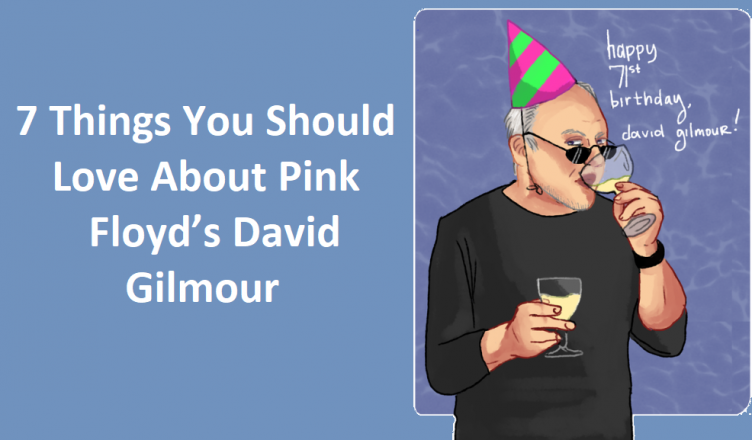 Of course you do. He’s an outstanding guitarist with one of rock’s most important bands, Pink Floyd. What’s not to love about the wielder of the famous Black Strat? But are there other reasons to love David Gilmour besides his mesmerizing guitar solos? Actually, yes. And we’ve compiled 7 of them, just for you. We think by the end of this list, your appreciation for David Gilmour will be even deeper and your love stronger:

As a young guitarist, David Gilmour wanted desperately to sound like his guitar heroes. These included Jeff Beck, Eric Clapton, and Jimi Hendrix. Gilmour always sounded like himself, however. He attributes that effect to his hands, which he says are what determine his distinctive sound. Over time, David Gilmour grew to like the David Gilmour guitar sound, however. He stopped trying to emulate his heroes and just became himself. We think this is a good lesson not just about guitar playing, but about being a person too. Embrace yourself, and good things can happen.