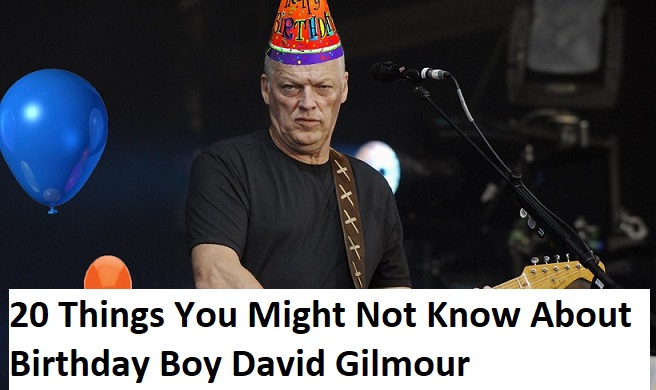 On March 6th, 1946, David Gilmour was born. To celebrate the Pink Floyd rocker’s birthday, here are 20 things you might not know about him:

1. David’s father, Douglas, was a lecturer in zoology at Cambridge, while his mother, Sylvia, was trained as a teacher but later became a film editor for the BBC. They encouraged David to pursue music.
2. David bought his first single in 1954. It was Bill Haley’s “Rock Around the Clock.”

3. Gilmour started playing guitar in the 50s. He borrowed one from a neighbor but never gave it back. He used the instrument to teach himself to play with the help of a book and Pete Seeger records.

4. As an 11-year-old, David went to the Perse School. While he didn’t like the school, it was there where he met his future bandmates, Syd Barrett and Roger Waters, who were at a neighboring high school.